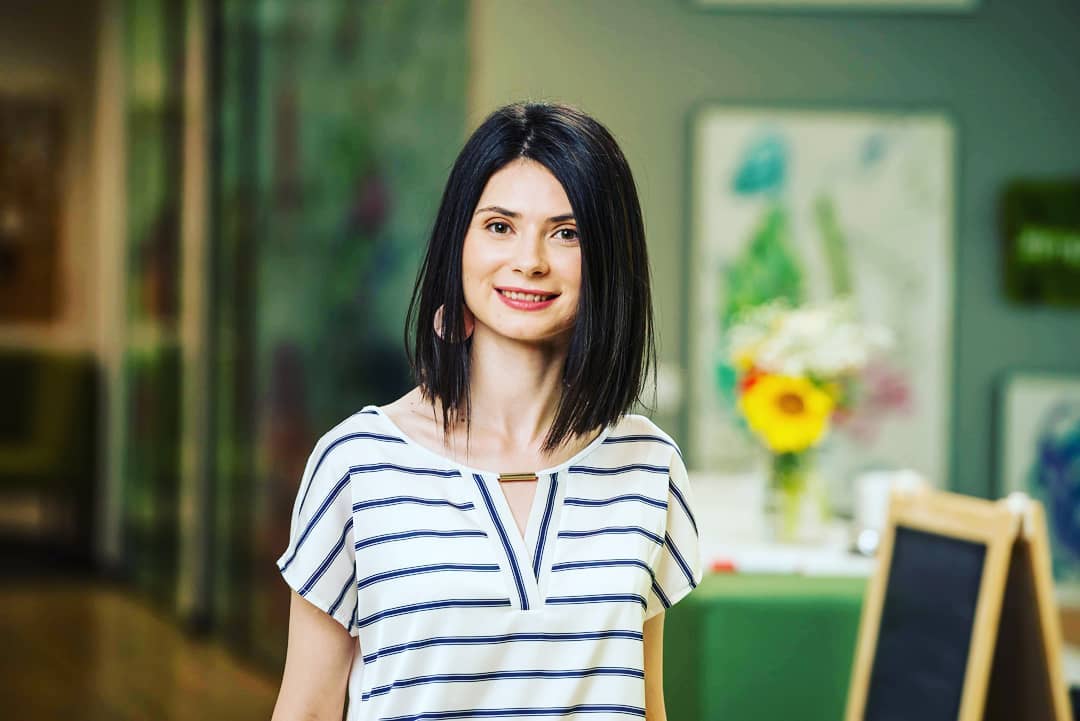 Ludmila STUPARU, Moldova
PROJECT: Voting is not only our right, it is our power!

Being interested in public policies and how they do (or do not) contribute to the welfare of citizens, Ludmila oriented towards a career in the non-governmental public sector, acquiring expertise in advocacy and research on topics such as anti-corruption, good governance, rule of law and European integration of the Republic of Moldova.

Ludmila works in the non-governmental sector since 2012, occupying researcher, program coordinator and executive director positions within the Romanian Center for European Policies and its Representation in the Republic of Moldova.

Currently, Ludmila is researcher at the Center for Innovation and Policies in Moldova – CIPM, a think-tank that aims to facilitate the political and economic integration of the Republic of Moldova in the European Union. Within CIPM, Ludmila coordinates projects in the fields of European standards, education reform, anti-corruption policies and she also monitories the political relationship between European Union and the Republic of Moldova.

With a Bachelor in Political Science and a Master in Security & Diplomacy, Ludmila is now pursuing a new intellectual challenge, becoming in 2015 a PhD student at the University of Bucharest. In the academic sphere, Ludmila is conducting a doctoral thesis in the field of cooperation for development and is also concerned with the EU approach in providing development assistance to the developing countries, especially to the Republic of Moldova.

Ludmila STUPARU: “In my professional and academic activity, I have always accepted new challenges, being willing to learn and to self-improve. This Fellowship programme gives me yet another opportunity to have a positive impact on Moldovan society. I strongly believe that the right path for my country is its integration within the European Union as I saw and felt the positive changes in Romania right after it became an EU member state. However, I realize that the EU integration of R. Moldova would only become possible if younger population gets involved more in the political life of the country. The first step for this is that youngsters become interested in voting and this is what I am aiming to achieve within this Fellowship. I will be focusing on increasing the number of young people who will vote in the next elections, an electoral pool change that has the potential to positively influence the direction of the Republic of Moldova on the long term.”

Voting is not only our right, it is our power!

Ludmila STUPARU: “In R. Moldova young people don’t want (don’t have interest) to vote. This is the most surprising conclusion of the Legal Education project conducted in R. Moldova. The Moldovan teenagers show only minimal knowledge about their role in electing the members of the Parliament. In some instances, their opinion is that judges from the Constitutional Court are creating laws instead of the Parliament. Moreover, with few exceptions, almost all high school students intend to leave the country because they do not believe they can have a decent future in Moldova. In this context, I will conduct a national advocacy campaign ”Voting is not only our right, it is our power!” targets first-time voters (18 years old) from R. Moldova, enhancing their knowledge about the electoral process with the aim transform their general anti-system attitude into constructive, educated criticism.”